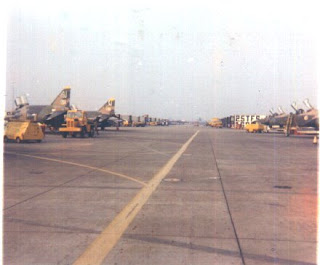 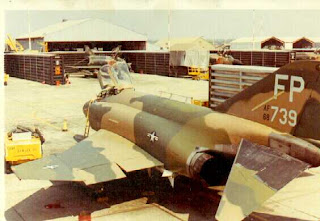 After we had been in Thailand for a couple of months, learning as we flew about strategic targeting, night refueling, long trips to North Viet-Nam and bombing things in valleys under the light of flares, we looked forward to what was called "alert".
Standing alert was almost a treat some days. The term comes from the fact that you weren't scheduled for any particular target or time. You stood by, on "alert", for someone to call in a need for close air support, or a quick response to a new threat discovered by "intelligence". It was a good way to spend an afternoon. Here's why. First of all you got to fly in the daytime! Secondly, the missions were quick, no airborne refueling, in most cases, the whole thing over in an hour or so. The hard part was often being so close to the friendlies - there was real concern over collateral damage.
Our leaders and their aircrews were very well trained, experienced, standardized and knew each other well enough to minimize the briefing required. It often was something like, "takeoff at 1545, this is the target, everything's standard, any questions?" It worked really well, considering the complexity of getting four bomb-laden Phantoms and their eight crew members into the planes, out to the runway, armed and off to fight in as few as twenty minutes or less. In the Deuce (Convair's F102), we made into the air in three or four minutes from a dead sleep, but that was an interceptor's mission, somewhat simpler.
Anyway, sitting on standby alert was a special treat. I can remember an afternoon in November of 1965 when I was on alert.
Posted by Dave's Daily Day Dream at 1:56 PM 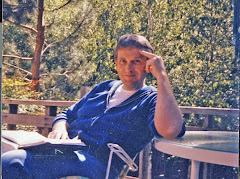 Dave's Daily Day Dream
Ormond by the Sea, Northern Coastal Florida, United States
When I started this, way back when, I thought it would be: "Some thoughts coming through as I get older. Hoped I'd be wiser, we'll see…" Well, I am older.

The Story of Jesus

Some of my Favorite Websites